A long agile snake with an elongated coffin-shaped head and a grimace. The inside of the mouth is black. Juveniles are grey to olive, but darkens with age to gunmetal grey. These snakes are rarely black.

This diurnal (active during the day) snake mainly feeds on small mammals and fledgling birds. It also hunts from a permanent lair such as rocky crevices, hollow trees and termite mounds. When disturbed, the snake will seek refuge somewhere else. When threatened, the black mamba will raise a third of its body off the ground, spread a small hood and will often gape - exposing the black inner lining of the mouth.

Black mambas inhabit well wooded savannah and is common in rocky outcrops. They are both tree dwelling (arboreal) and ground dwelling (terrestrial). 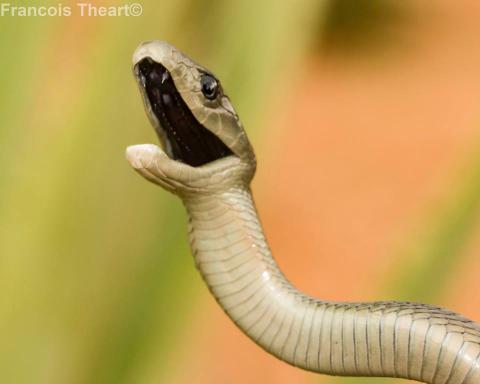 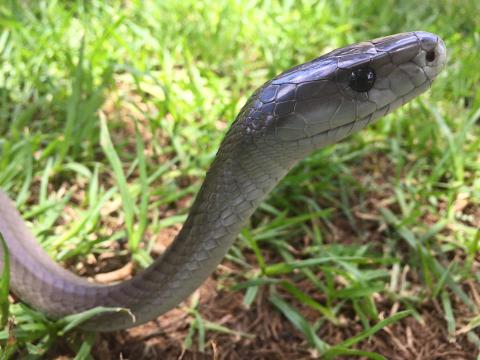 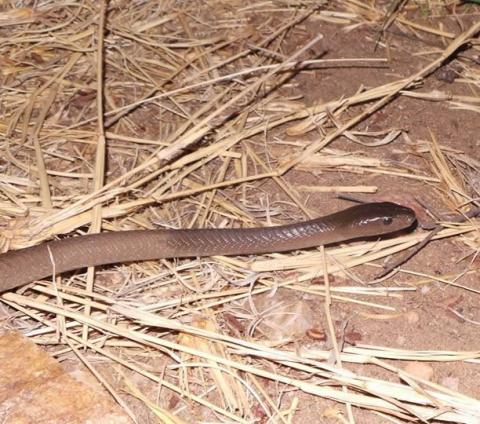 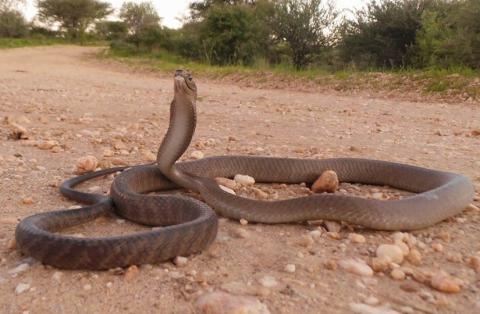 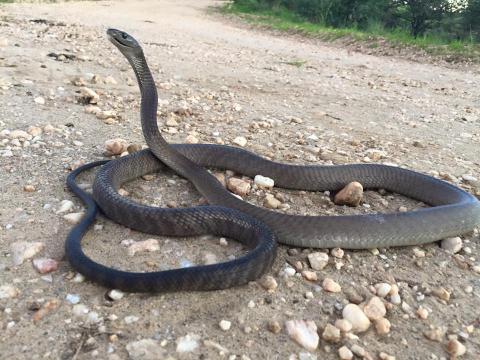