This snake has reddish brown above with black blotches on the back. The head and neck area is black with white markings on the throat region. It is a short fat snake with a short stubby head and a large rostral (tip of nose) scale.This snake is mainly active at night when it forages for food. When threatened, this snake will raise its head and strike repeatedly. It does not spread a hood like true cobras.

Found through out north eastern Namibia ranging down south as far as Mariental. These are found in stony and sandy regions.

Speckled shield cobras have a rather strong neurotoxic venom; although not considered life threatening caution should be taken when dealing with young children and the elderly. First aid: keep the victim calm and reasured immobolise the limb and transport to the nearest hospital A.S.A.P. 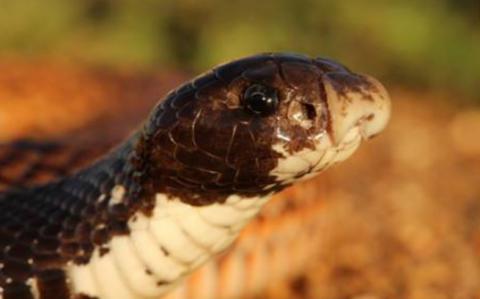 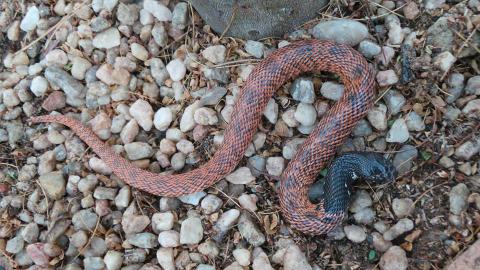 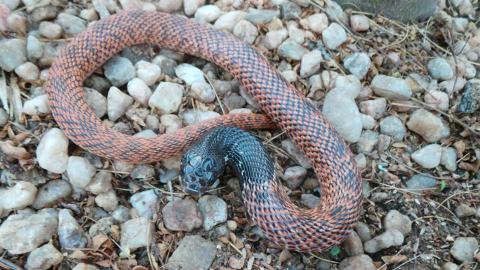