This snake mainly moves at night and is often found hiding under rocks and logs during the day. When threatened, egg eaters will rub their scales against each other making a rasping sound which mimics a snake hissing.

This snake lives exclusively on bird eggs as its name suggests. They have developed a specialised structure to enable them to deal with their exclusive diet of eggs. To mention a few; the great elasticity of the ligaments joining the halves of the jaws together. The great distensibility of the skin of the neck, and the development of hard tipped neck vertebra which is used to break through egg shells. The broken shell is then compressed allowing the contents to flow down to the stomach. The crumpled shell is regurgitated.

The common egg eater is a master of mimicry. When threatened they will rub their scales against each other making a rasping sound, which mimics the hiss of the venomous adders.

These harmless snakes are often mistaken for the venomous puff adder and horned adder. 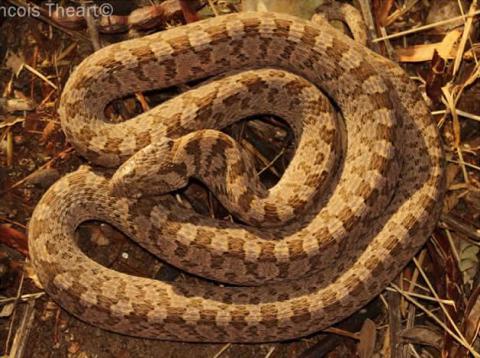 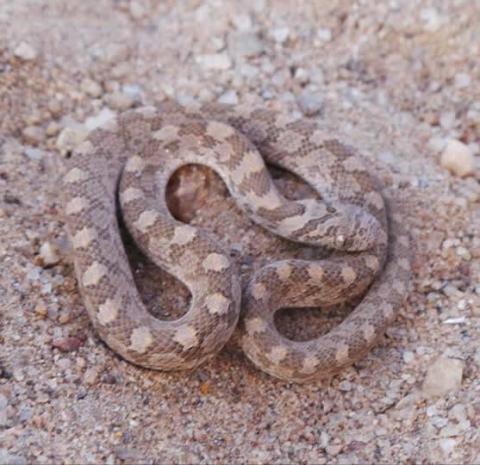 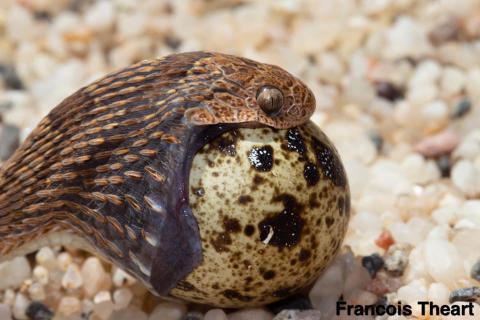 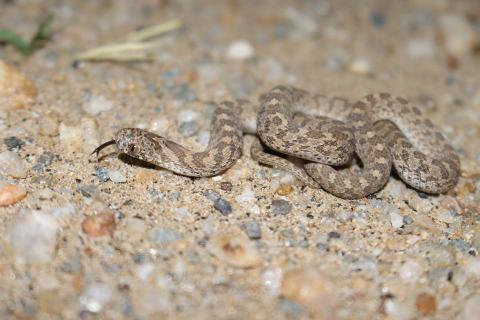