This is a dark brown to black snake with small dark beady eyes, an indistinctive neck and a blunt ending tail with a sharp tip. In certain regions this snake may have a cream white belly. When threatened, it will arch its neck and twitch around. Found through out most of Namibia, avoiding the true desert and the far south, however there are two records present from Luderitz.

Stiletto snakes are short-tempered and mainly active at night. They are often encountered after the rains. During the day they hide underneath rocks, rotting logs and in termite mounds.

This snake has a unique set of fangs. It has a small gape and, unlike other venomous snakes whose fangs are vertically positioned, the Stiletto snake's fangs are positioned horizontally and pointing towards the back of the jaw. The fangs can move slightly, which enables the snake to extend a fang on each side of the mouth.

Mostly cytotoxic, causing painful swelling, which may be followed by discolouration and blistering. A single fang puncture mark is present. Regional lymph nodes are involved and become swollen and tender. Symptoms such as nausea, vomiting, dry mouth and throat have been reported. 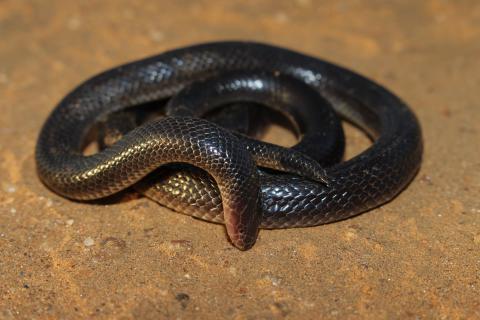 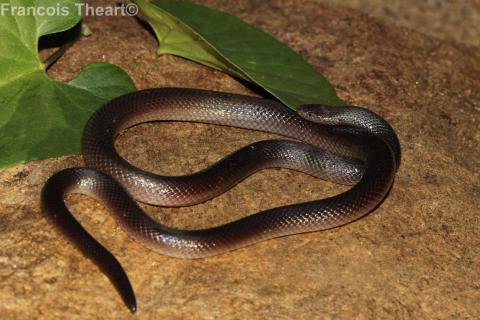 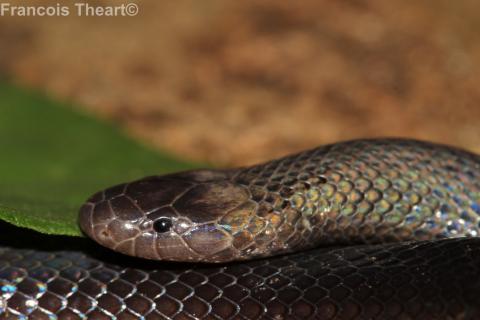 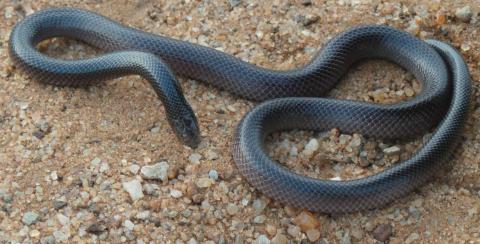