Widespread in Namibia, although often localised. Highly invasive in dry river beds, especially in the south-east, out-competing local trees and extremely water-hungry. The pods are nutritious fodder, while the wood burns well, and the sawdust is excellent for smoking fish and meat. These species produce masses of pollen in spring, to which many people are dangerously allergic. The City of Windhoek has a by-law that prohibits the planting of any of these species.

There are at least three species in Namibia, Prosopis glandulosa, P. velutina and P. chilensis, the most common of which is P. glandulosa. These species hybridise freely, so they may be difficult to identify (see table below). For this reason we will record them as a single species for the purpose of this atlas.

Hover over each photo to see which species it is. 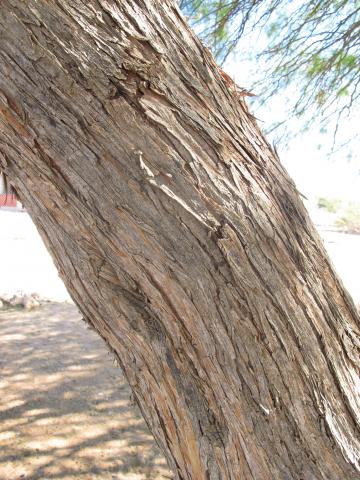 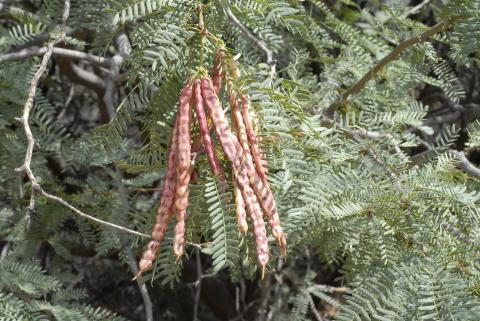 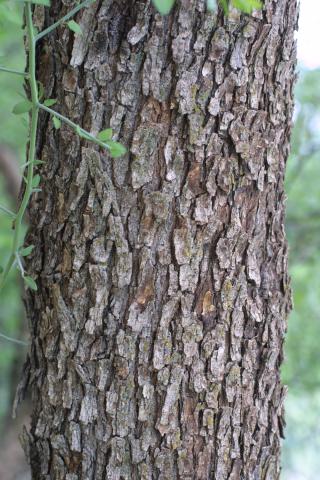 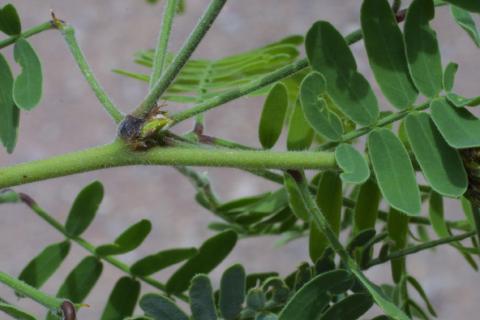 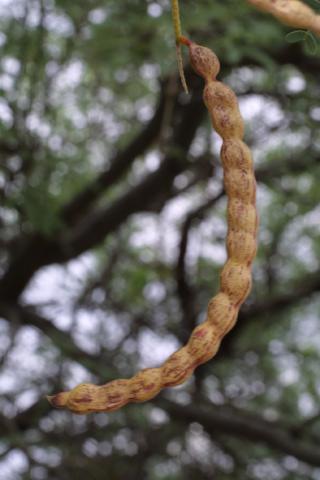 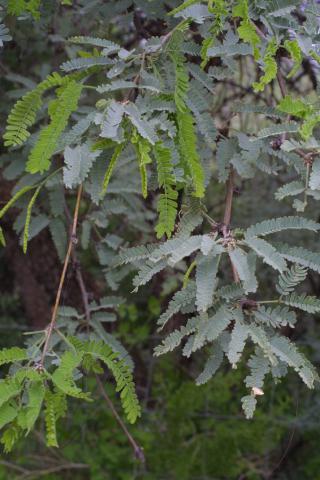 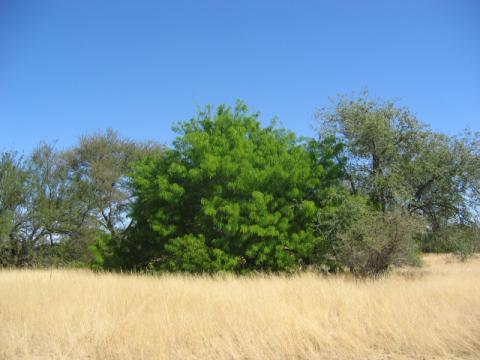 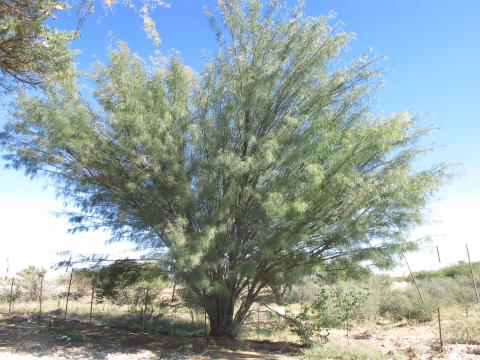 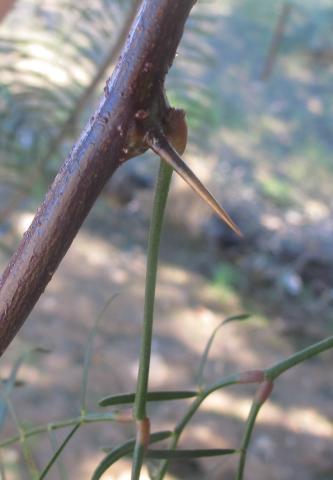 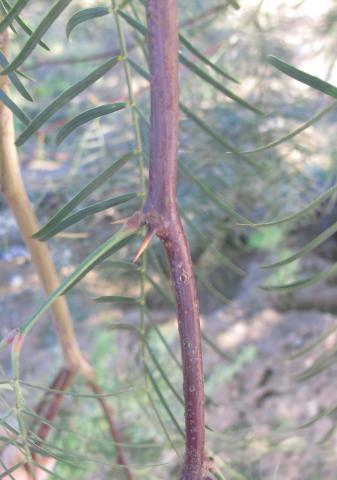 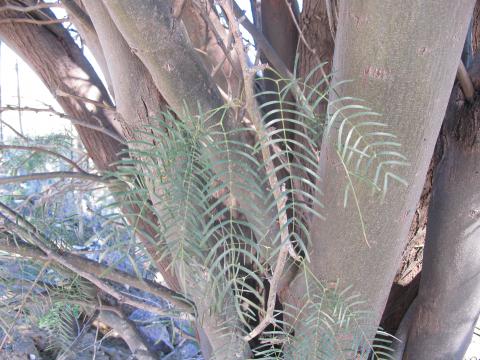