Similar species: This species is often confused with Opuntia microdasys, which has yellow glochids. Some people regard them as different varieties of the same species. 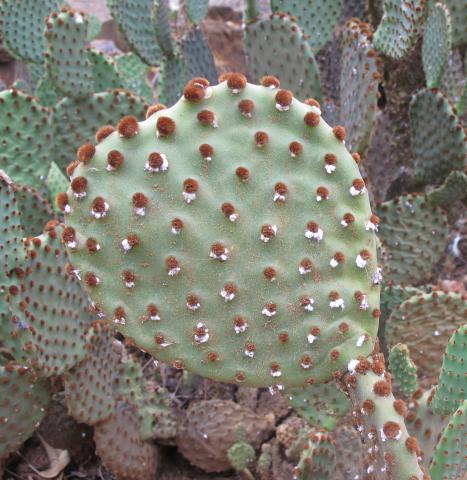 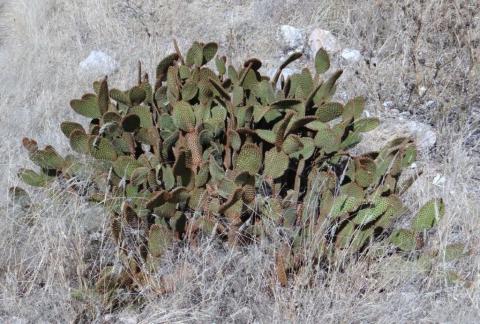 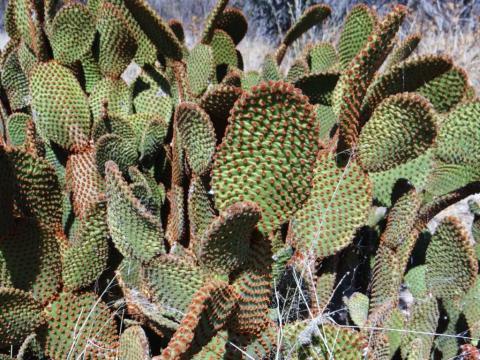